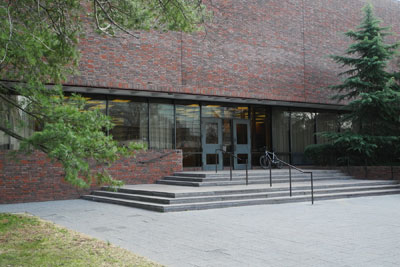 Imbrie, Andrew C. (Andrew Clerk), 1875-1965
The Papers of Andrew C. Imbrie, Class of 1895, (1875-1965) provide information on his undergraduate years, his service as an alumni trustee from 1907 until 1912 (including a period as Financial Secretary of the Princeton University Board of Trustees (1909-1912) during which he had charge of reorganization of the business management of the University leading to the creation of what became the Office of the Controller) and his family's genealogy.
Princeton University Archives

Information re: appointment as Financial Secretary of the Board of Trustees, 1909-1912 1 folder

Memoranda and Reports on the Progress of a Reorganization of the Student Social Life at Princeton, 1907-1942 1 folder

Reports to the Trustees as Financial Secretary, 1912 1 folder

This series includes files maintained by Imbrie regarding the University. They include correspondence, clippings and reports related to Imbrie's service as Financial Secretary; clippings, correspondence and publications regarding the Graduate School controversy which occurred while Imbrie held his University office; records, correspondence, reports, publications clippings on Princeton architecture and the "Quad Plan;" correspondence and records relating to the Graduate Council Freshman Honor Prize; and memoranda and reports on the progress of reorganization of student social life at Princeton.
Princeton University Archives